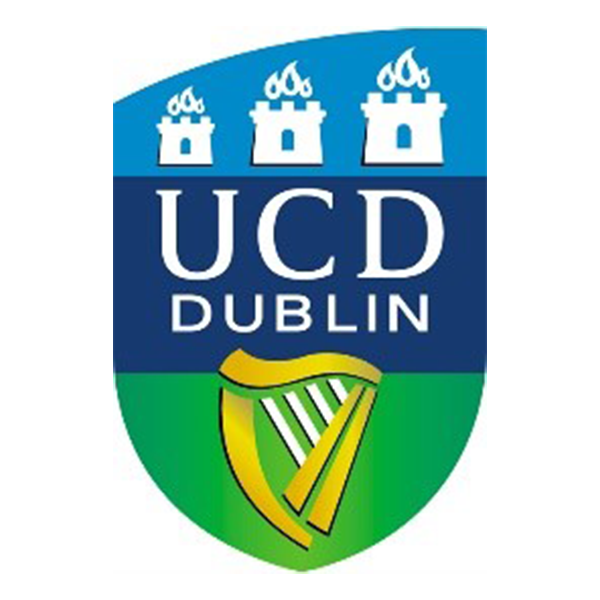 University College Dublin with 30,000 students from more than 125 countries worldwide was established in 1854 and was founded on the educational principles of its first Rector, John Henry Newman. The University seeks to contribute to the economy and society through the excellence and impact of its research, innovation and scholarship, the quality of its graduates and through its engagement nationally and internationally.

Suzanne Guerin is Professor of Research Design & Analysis at the UCD School of Psychology (see https://people.ucd.ie/suzanne.guerin), where she also serves as Deputy Director of the UCD Centre for Disability Studies. Suzanne’s research programme has a strong focus on health services research and she holds research appointments with St Michael’s House Disability Services and LauraLynn Children’s Hospice. She is also a Senior Research Investigator and Vice Chair of the All Ireland Institute of Hospice & Palliative Care, Palliative Care Research Network. She has published over a hundred peer reviewed papers and is co-editor of Research and Evaluation in Community, Health and Social Care Settings (2017), published by Routledge. With colleagues, Associate Professor Guerin has also developed an evidence-based model for the transfer and exchange of research knowledge (2015; 2019) called EMTReK.

Paul served as President of the Psychological Society of Ireland (PSI, the professional body for psychology in Ireland) for the 2014-2015 term, and as a PSI Council member from 2011 until 2016. In 2016, he was appointed to the European Federation of Psychology Associations (EFPA) Board of Human Rights. He served as a board member of the Irish Association of Palliative Care (IAPC) and continues to chair the IAPC Ethics Group and Professional Psychology Group. He is former chair of the PSI Equality and Diversity Working Group (EquIP) and former chair of the Death, Dying and Bereavement Special Interest Group. He is currently the Co-director of Equality, Diversity & Inclusion (EDI) at the School of Psychology UCD, he is the Chair of the University's EDI LGBTI+ sub-group. In 2019 Pau was appointed to the Editorial Board of the Global Network of Psychologists for human Rights.

He co-chaired of the 18th International Psycho-oncology Conference in Dublin in October 2016, hosting over 600 delegates from 27 countries. He played a key role in shaping the 2017-2027 National Cancer Strategy ensuring that the psychological needs of cancer patients are explicitly addressed in the strategy. He is current Chair of the Irish Psycho-Social Oncology Network (IPSON), which is the professional group representing those working in Psycho-social oncology nationally.

Paul has completed a number of funded research projects and is frequently invited to speak at national and international scientific gatherings. He has published several book chapters and peer-reviewed journal articles. Paul has also contributed significantly to wider policy and political debate concerning healthcare. Of particular note, he provided expert advice on three occasions when he addressed the Oireachtas Joint Committee on Health & Children.

In 2014, Paul was awarded an International Fellowship from the All Ireland Institute of Hospice and Palliative Care and in 2016 was awarded a Fellowship of the Psychological Society of Ireland (PSI) in recognition of his contribution to the discipline of psychology. He is a regular contributor to newspaper, radio and television and has used these opportunities to advocate for improved mental health services, cancer care and early intervention for children.

Michael Connolly was appointed Joint Associate Professor of Clinical Nursing at UCD School of Nursing, Midwifery and Health Systems and Our Lady's Hospice and Care Services. Michael qualified as a Registered General Nurse in 1992 and has worked mainly in acute medicine, older person care and palliative care. He graduated from the Milltown Institute in 1998 with a BA (Hons) degree in Philosophy and from UCD in 2002 with an MSc (Nursing) (Education).

He completed his doctoral research with the UCD Equality Studies Centre. Michael began working in UCD in July 2001 and is currently the Programme Director for the Graduate Diploma/MSc in Palliative Care and is Head of Subject of Adult General Nursing at UCD School of Nursing, Midwifery and Health Systems. Michael has considerable experience in palliative care education and research and was centrally involved in the development of the Palliative Care Competence Framework (2014). His current teaching interests include palliative care; ethical and legal issues in nursing, midwifery and health care; ethical issues at end-of-life; spirituality in health and palliative care; and health inequalities. His research interests include palliative care education; palliative care competence development; and ethical issues in palliative care and at end of life. In July 2019 he commenced as an Evidence Synthesis Ireland Fellow, working on a Cochrane review, led by Associate Professor Amanda Henderson entitled: 'Interventions for interpersonal communication about end of life care between health practitioners and affected people.'

Professor Philip J Larkin PhD, M.Sc, B.Sc ( Hons), RN RCN, RNT is currently Professor of Palliative Care Nursing at the University of Lausanne, He was previously Chair and Professor of Clinical Nursing (Palliative Care) and Associate Dean, Taught Graduate Studies, UCD School of Nursing & Midwifery and Health Systems & Our Lady’s Hospice and Care Services in Dublin. Philip has worked in palliative care for 30 years as a clinician, academic and researcher. He is currently President of the European Association of Palliative Care (EAPC) and was Chair of All Ireland Institute of Hospice and Palliative Care (AIIHPC), 2013-2016. In recognition of his European and International work, Philip received the Lifetime Achievement Award from Macmillan Cancer Support and the International Journal of Palliative Nursing in 2007. Philip was a Fulbright Scholar to the Dana Farber Cancer Institute in 2014 where he undertook research into compassion in palliative care. In his current role as Academic Director of the Institute for Training and Research into Care, he is responsible for the delivery of a range of post-graduate nurse education programmes and is developing a programme of nurse-focused palliative care research in partnership with the palliative care and support service, CHUV, Lausanne Switzerland.

Catherine Jordan is a postdoctoral research fellow with the UCD DIAdIC team. Catherine completed her B.A. in Psychology at National University of Ireland, Galway. She holds a M.Sc. in Human Cognitive Neuropsychology and a Ph.D. in Psychology from the University of Edinburgh. Following her Ph.D., she undertook a postdoctoral research fellowship at the Global Brain Health Institute Trinity College Dublin where she explored how music can help alleviate the behavioural symptoms (e.g. stress, anxiety, depression) of dementia. Catherine is a pianist and avid music fan. In 2018, she founded TIMBRE (The Irish Music Brain Research) group. TIMBRE is a multidisciplinary research network, which brings together professional musicians, clinicians, and researchers with the aim of building a research framework across Ireland which explores music, the mind, health & wellbeing. In her research, Catherine combines music, psychology & neuroscience. She is interested in the neuroscience of music, how music can contribute to our health & wellbeing and the role music can play in a healthcare setting.